It has been a while since I have written anything. I keep going back and forth on what to actually post. instead of posting I’d draft each and every thought that comes on my mind. Here is one of the things I was interested when I came across to

Let me know your opinion and thoughts about it.

1- The Madonna with Saint Giovannino

So this painting was painted in the 15th century most likely by Domenico Ghirlandaio.

If you looked in the back you could see a man and a dog with their eyes in the sky looking at what appears to be a UFO. 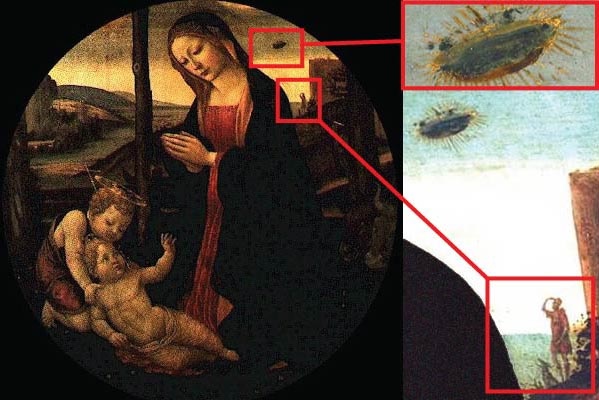 2- This one is a cave between was found in France between 17,000-15,000 BC.  One of the oldest paintings that were found were it described the UFO as a typical saucer as you can see in the artwork. 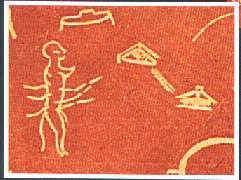 3-  Other than the helicopter in the upper left, you can obviously notice the UFO’s next to it. This one was found in the Temple of Osiris at Abydos, Egypt. Yet Egyptologist claim that these carvings were nothing but an optical illusion. They state that those figures were made by accident when caving hieroglyphics over others 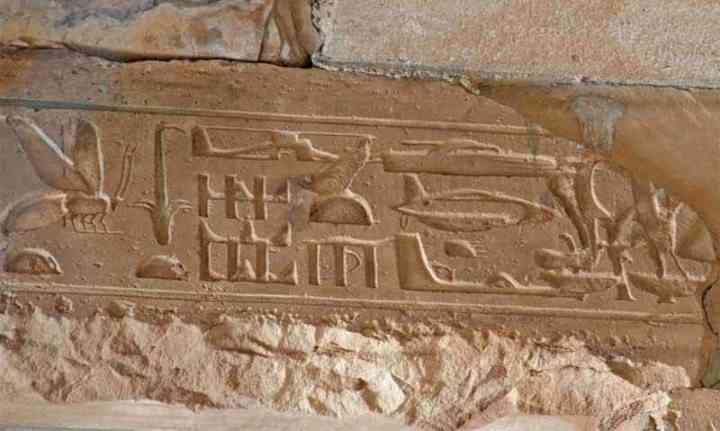 It is a tapestry that was made in 1538 and what appears to be in the back as you can see are also some strange-looking saucers.

5- There is a French coin with a depicted UFO shaped on it used in 1600’s. This coin was used mainly for board games and to teach children how to count money. As it was never meant to for monetary exchange.

You have your right to believe or not. I am skeptic. Sometimes I do, other times I don’t. Even after all the readings that I have done I should be all believing but I still have my doubts. The thing is at those times there were no cameras and what creeped me out is the helicopter in the Egyptian temple. If that was clearly real as we do have helicopters currently why shouldn’t the other carvings be?

What do you think?

If you want to read more: Here are some sources: